looking back through my photo files, i was taken by a singular thought: i love my life!

that’s not something that everyone can say honestly. nor is it something i have been able to say about my life at other times.

today, as the thought occurred to me, i took account of every aspect of my life.

a single mom, at fifty-five raising a transgender adopted child, living on poverty level income, homeschooling, writing my poems and stories, doing laundry and housekeeping, caring for three cats and three dogs, living close enough to my own mom to have a relationship that’s not defined by a phone record, planning for the spring gardening, the summer road trip to berkeley for the transgender children conference, simply ‘carrying wood and drawing water’ as the saying goes.

i love my life!
tho changes will certainly come, there is at this moment not one thing that i would change.

being able to say such a thing fills me with gratitude. to life and for life as it is

this was taken as ziona *her new girl name* was whiling away the time until we went to grandma’s house for christmas dinner. 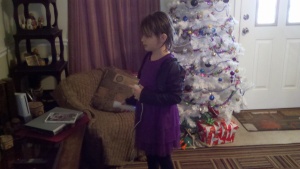 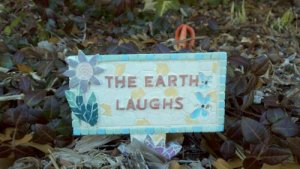 it is the designated day for celebrating Dr. Martin Luther King, and all day long i have been wondering about what it means to be free at last.

as Dr. King pointed out in his speech that day, one hundred years after slavery had been defeated, the ‘negro’ was still not free.

fast forward another handful of decades and even tho a black president resides in the white house, how much has really changed?

there are a disproportionate number of blacks as compared with white folk imprisoned in the united states. often a black and a white person found guilty of the same crime will be treated differently, the white guy might even get off entirely.

and if they are ever allowed to be truly free some day and equal, there are no end of other people within this same society that will still be left struggling with similar inequities, struggling for the reality of being truly “free at last”.

white as i am, i am NOT going to try to appropriate in the slightest part the legacy of this great american, this martyr to the cause of a sane and equal world, there seem to be a few correlations between the history of the civil rights movement history with regard to black people and the present day battles that gay, gender diverse and transgender people must face.

whether or not blacks could marry outside their race used to be an issue…now it is whether two folk can marry within their sex.

what is it in societies of humans that causes one group to assume a superior position to others, to usurp the power that should rightly be shared, and to deny others the rights to which they entitle themselves?

i’m a white girl
so pale it’s almost scary
when my sistahs used to see me in the commissary
they’d say
“niggah! get your scrawny white ass over here.
shit! where ya been girl? i ain’t seen you in years.”
i’d say
“well i been lucky but i finally got caught
.now we be sharin’ a yard again ’til all we all rot!”
they laugh…and i laugh.
we know we’re the same.
so to call each other niggah isn’t callin’ a name.

i moved down south
where there’s too many racists
the blacks and the white trash
keep to their places
but they
oughta join hands, knock the Man off his throne.
instead of bein’ at odds and tryin’ to fight him alone.
cause at the end of the day it’s just a matter of class.
and the powers that be don’t see the color of your ass.
we’re poor and they’re rich
that’s really the game
and to call each other niggah isn’t callin’ a name.

well guess what i heard
our books must change for revealing
the shame of our past
and the guilt we be feeling
they say
the censorship is necessary. we need
to change that word, to slave..even if they’d been freed.
but history made the world what we’re seein’ today
and to f@ck with literature won’t make the past go away.
nor hate will die
by playin round with word games
racism the reason niggah’s such a bad name

i see a bright world
where race and genders don’t matter
nor the lovers that you choose to love
we share the same platter
and don’t have to be careful with the words that we use
cause we speak them with respect, and not to abuse
inequality of class is gone at last as we share
all the richness of the world in a manner that’s fair.
where race is just not an issue
niggah’s only a name.
it’s hypocracy to think an evil word is to blame.

but i’m also not exactly stupid

in all the different places i’ve lived and traveled to

to news from a variety of sources

i don’t remember yet a time, when in my own experience

or in anecdotes related by another

it has been a common occurrance for birds to simply

fall out of the sky ‘en masse’.

when they try to convince me that birds

are suddenly frightened to death by fireworks, or lightning

or are lately flying into semi-trucks in whole flocks

of hundreds at a time.

that such occurances as are happening

world wide are a ‘common’ phenomenon.

due, by the way, to farmland run off of toxic chemicals…

and the occasional dolphin or whale ‘beaching’.

but for the media and the scientific community that feed them

to insist that this isn’t a case of the proverbial

‘canary in a coal mine’

how dumb are we supposed to be?